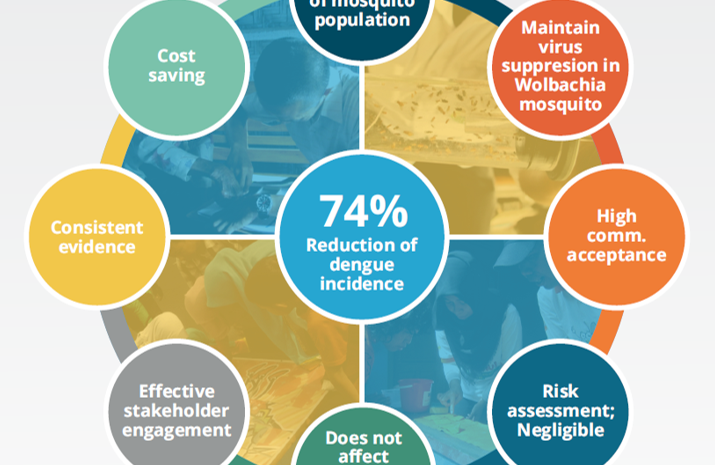 RCT is a research methodology with the strongest evidence and is awaited by WHO and the government. The results of this RCT can be used as a complimentary policy in controlling dengue fever in Indonesia.

Yayasan Tahija, represented by Dr. Sjakon G. Tahija, Sp.M and Mr. Ir. George S. Tahija, MBA in their remarks expressed their gratitude to all those who made this research possible and produced very strong research evidence. Yayasan Tahija also invited other partners to participate in scaling up this activity. Yayasan Tahija hopes that the results of the study can provide great benefits for Indonesia and world health.