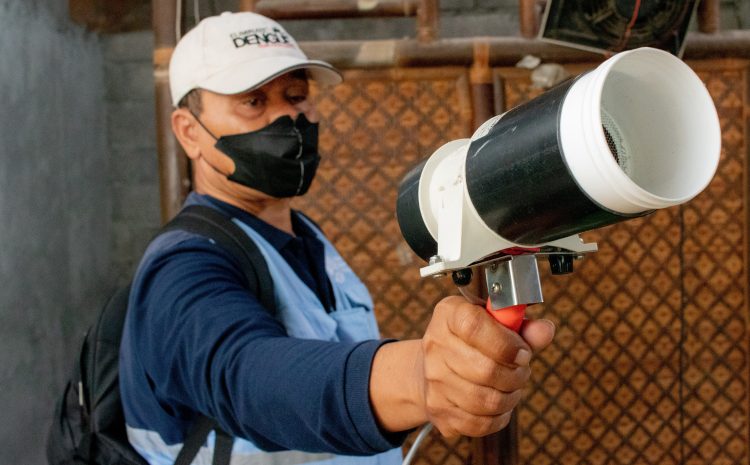 The results of the 5th monitoring in April 2022 showed encouraging results where Wolbachia grew well with an average of 86%, exceeding the threshold of >60%. Out of 39 villages in the release area, 23 villages have reached 80-90% and in 12 villages, Wolbachia population has reached above 90%.  Only Four villages reached 70-80%. We hope that Wolbachia technology can be adopted as a long-term and cost-effective solution to alleviate human suffering from viral diseases transmitted through Aedes aegypti.