By tahija
In EDP, Health

Dengue is the most rapidly spread mosquito-borne disease in the world, including Indonesia. Indonesia has been fighting against Dengue Hemorrhagic Fever (“DHF”) for the last 50 years. Many interventions have been carried out, however, there is no long-term method that is effective in reducing dengue cases every year. We can easily come across with relatives or colleagues who have been suffered by DHF. This is the reason why the Tahija’s family is interested and has been focusing in seeking innovation and investment in research to control Dengue Fever since 2004 as mentioned by Dr. Sjakon G. Tahija, Sp.M as the Chairperson of the Board of Trustees of Yayasan Tahija in the discussion of ” New Era in Ending Dengue” held by the Harvard Club of Indonesia on [18/8].

In such event, Dr. Sjakon shared the early journey of Yayasan Tahija (as a venture philanthropic foundation) which engaged in research on dengue control using larvicides distributed in water reservoirs in most residence within the city of Yogyakarta with the aim of controlling dengue cases. At that time, 360 people were working for Yayasan Tahija initiating a stakeholder approach and conducting house-to-house visits to monitor the development of mosquito larvae.

“Unfortunately, after spending 5 million USD, we found that the larvicides were not successful in controlling the Aedes aegypti mosquito population within the city of Yogyakarta,” said Dr. Sjakon.

Due to the failure of this research project, the Tahija Family were planning to cease the funding of research on dengue disease control interventions. However, the decision was made, Dr. Sjakon met with Dr. Duane J. Gubbler, a world’s leading dengue scientist, who advised Yayasan Tahija to adopt an innovative technology that was being developed at that time. Dr. Sjakon was interested in dengue control projects using Wolbachia technology. In 2011, the Tahija Foundation signed an agreement with Monash University to use Wolbachia technology for dengue fever control in Yogyakarta City in collaboration with the Faculty of Medicine, Public Health and Nursing of Gadjah Mada University.

From 2011 up to this date, as a venture philanthropic institution, Yayasan Tahija Foundation has been directly involved in a research activity (named the World Mosquito Program (WMP) Yogyakarta) to ensure that every stage of the research runs smoothly. In 2020, an exciting result was published by the New England Journal of Medicine, it showed a 77% reduction in cases and an 86% reduction in people requiring hospital care after the Wolbachia technology is implemented. As from 2021 to 2022, Yayasan Tahija will continue with an implementation stage in Sleman and Bantul Regencies in Yogyakarta Special Region. 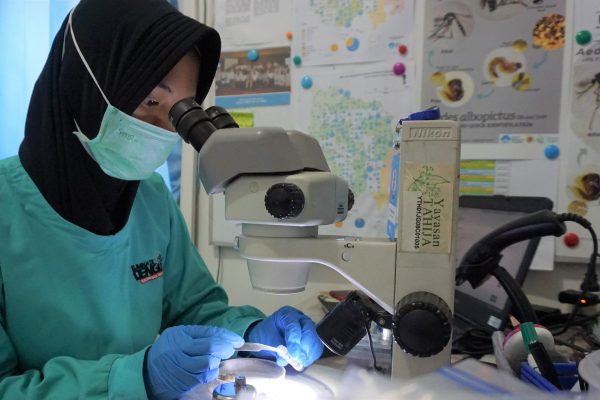 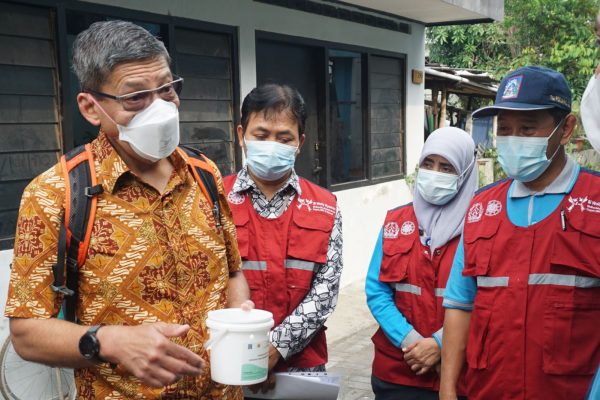 The Implementation of Wolbachia Technology in Sleman 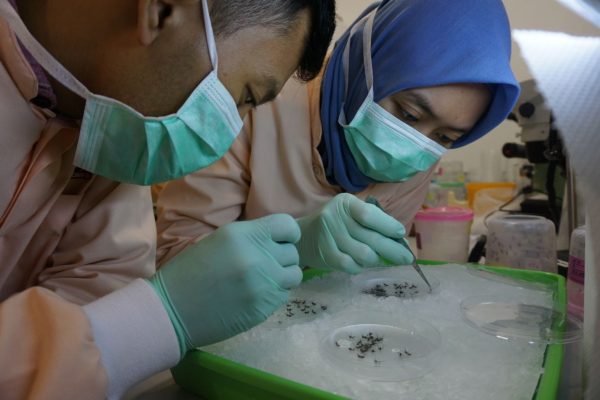 UGM-WMP Gets Muri Awards for Wolbachia Innovation to Eliminate Dengue